What is cherry eye in dogs?

Cherry eye, or prolapse of the Nictitans gland of the third eyelid, is a relatively common eye condition in young dogs, usually of less than a year old. It is most commonly seen in breeds such as the Bulldog, Mastiff, Great Dane, Shih Tzu, Lhasa Apso, Cocker Spaniel, and Bloodhound, although other breeds may also be affected.

In addition to the normal upper and lower eyelids which we as humans possess, dogs (and many other species) have an additional ‘third eyelid’, also known as the nictitating membrane. This provides a protective function for the eye, as well as assisting with the spread of tears across the surface to help moisturise the eye.

What are the symptoms of cherry eye?

Symptoms of cherry eye result in the characteristic appearance of ‘cherry eye’ – a pink blob in the corner of the dog’s eye which protrudes near the nose. Your dog’s eye may become dry and irritated, and red and inflamed as a result. Cherry eye can be aggravated by the pet’s paw if they rub their face. Other symptoms include abnormal discharge leaking from the eyes.

What causes cherry eye in dogs?

Cherry eye in dogs is caused when the Nictitans gland, a tear-producing gland which sits at the base of the third eyelid, becomes displaced from its normal position (where it cannot normally be seen).

The Nictitans gland plays an important role in the eye, producing a significant proportion (40% – 50%) of the tears that keep the eye moist, which is necessary to prevent irritation to the eye caused by the surface drying. In addition, the tears supply nutrition to the cornea to help tackle infection and assist in the healing of surface damage.

Normally the gland is held in position by a ligament which attaches it to the eye socket, however, in some breeds, the attachment is relatively weak, which may allow the gland to pop up and out of position. When the gland is in this abnormal position it is prone to irritation and is less able to produce tears normally, which may also contribute to some irritation of the eye itself.

It should be noted that it is common for both eyes to become affected (as the issue is usually due to an intrinsic weakness of the ligaments which hold the glands in place). This may not occur at the same time but maybe at some point in the near future.

Because tear production is so important for the health of the eye, we would always advise that this condition is corrected to prevent long term irritation and potential damage to the dog’s eye. We may temporarily prescribe some eye drops to make the eye more comfortable, however, to resolve the problem, surgery is required to replace the gland. In the past it was common for veterinary surgeons to simply remove the gland, however, this is now recognised to be poor practice as this results in loss of the 40 – 50% of tear volume which the gland produces and can have long term negative consequences for the dog’s eye.

How to treat cherry eye in dogs

The most common method of surgical treatment for cherry eye in dogs is known as the ‘mucosal pocket technique.’ This procedure is carried out under general anaesthetic and involves creating a small pocket in the soft tissue on the back of the third eyelid, placing the gland into this pocket and then stitching the pocket closed with dissolvable sutures to hold the gland in place.

In most cases this will permanently resolve the problem, however, it should be noted that a small proportion of cases (around 10%) may have recurrence which may require further surgery to replace the dog’s gland.

Possible complications of the surgery include infection (as with any surgery), irritation/ulceration of the eye caused by the suture material (which may require suture removal), cyst formation and, as noted previously, re-prolapse of the gland. Fortunately, in the majority of cases, the surgery is successful and should provide a long term solution to the problem.

Animal Trust performs hundreds of cherry eye procedures every year. The cost of surgical treatment is £389 when paid for at admission and includes anaesthetic costs and routine medication to go home with.

If you’re concerned that your pet may be experiencing symptoms of cherry eye, book a free consultation with your local Animal Trust surgery. 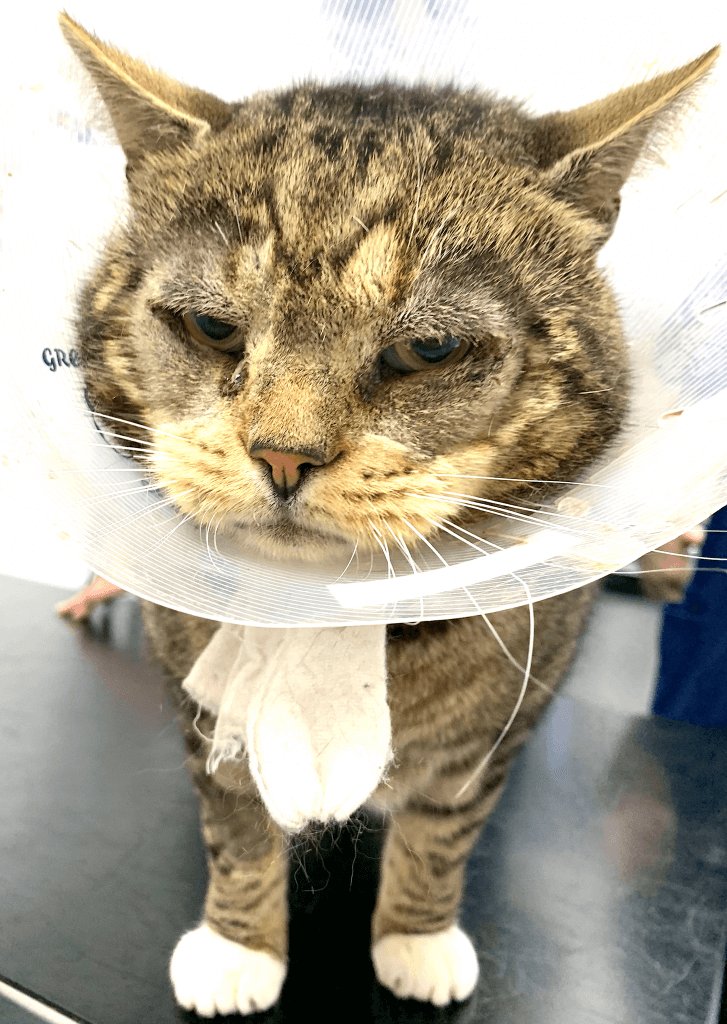 Better Sight for Kat thanks to Animal Trust Ellesmere Port 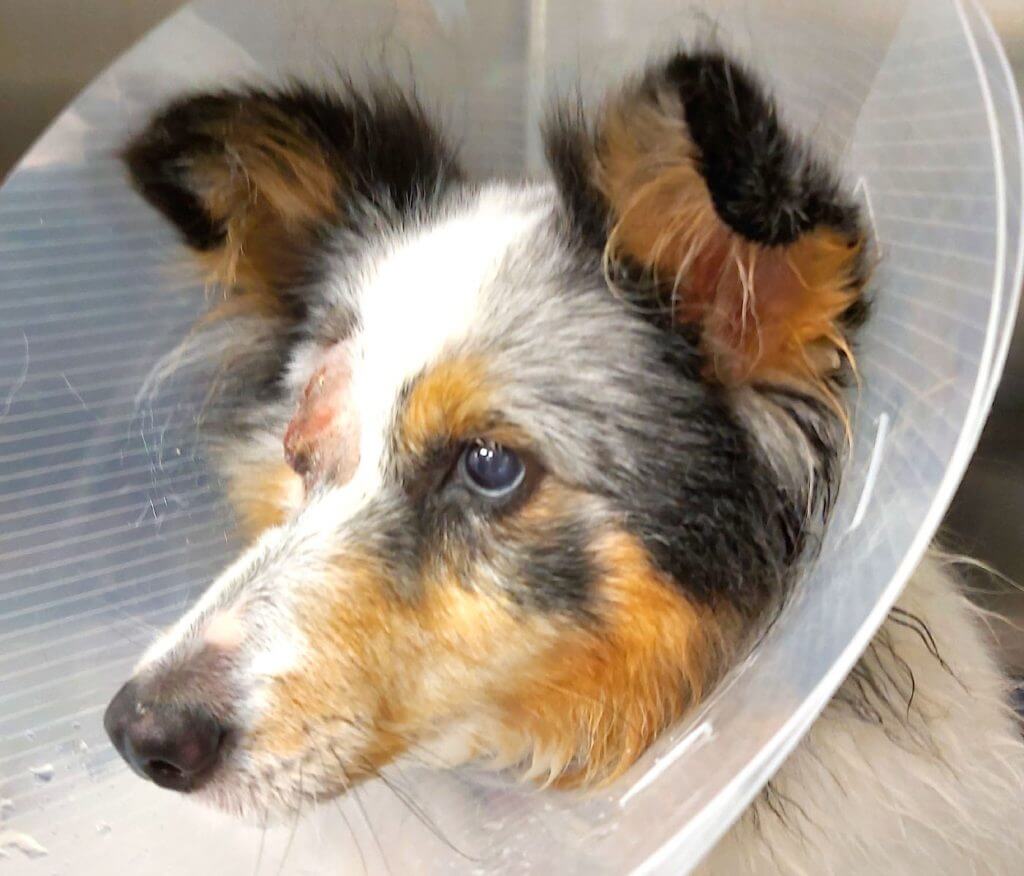 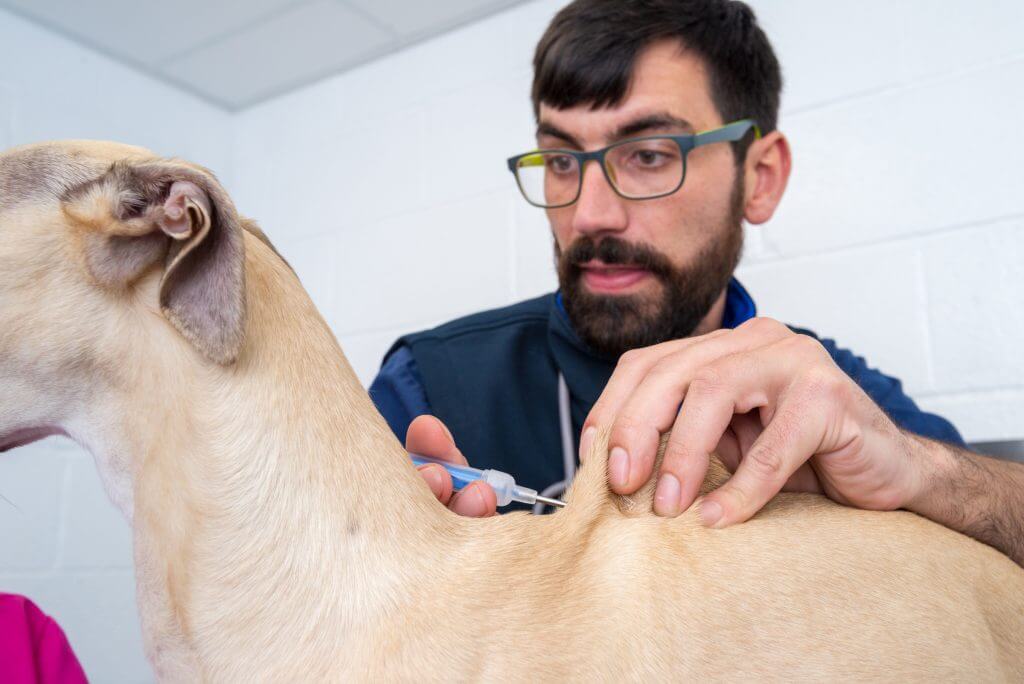 How Important are Dog Vaccinations?