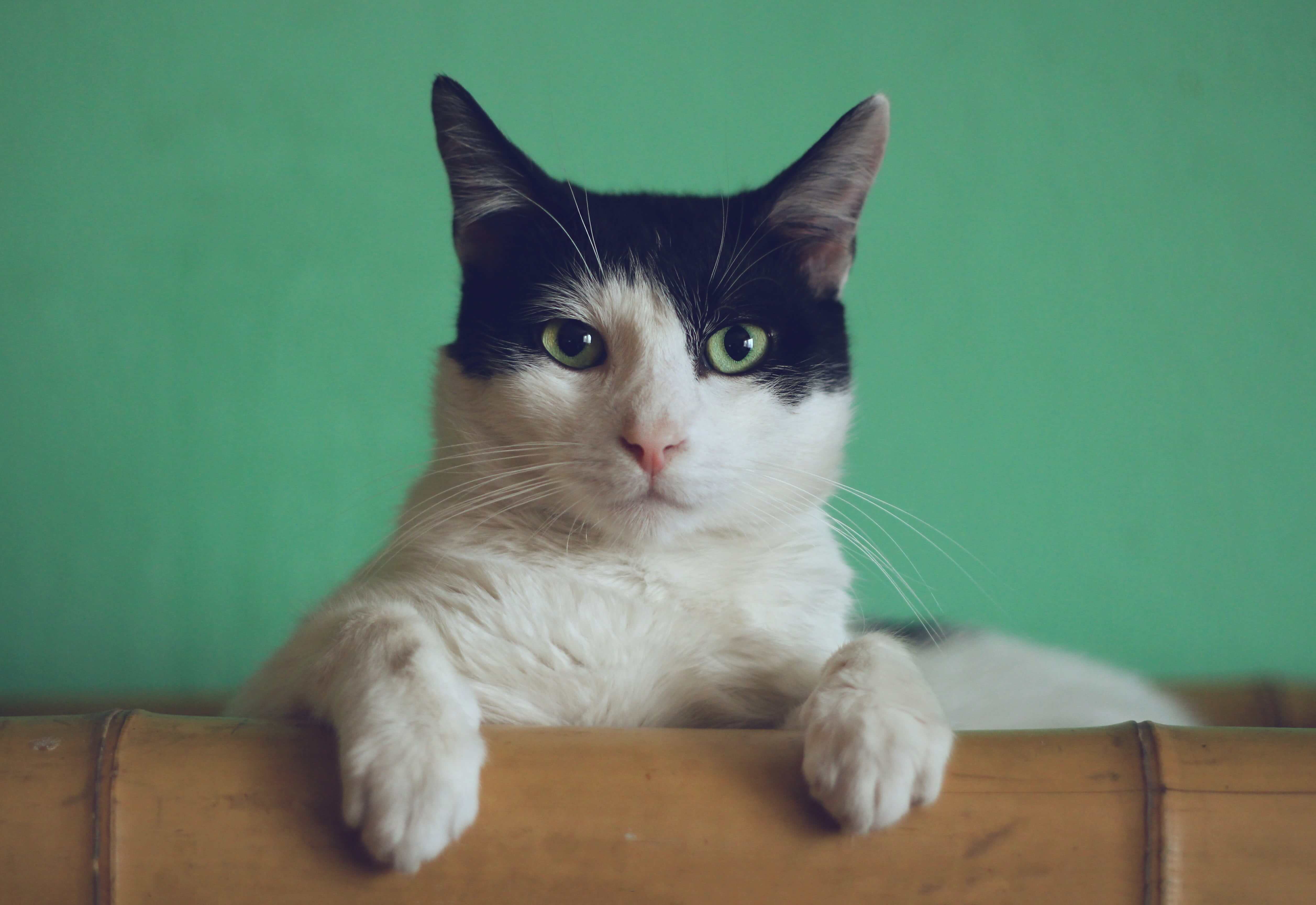 What to do when your cat is in heat

The phrase “like a cat in heat” gets thrown around a lot, but often not about our feline friends at all! If you’ve got a female cat, you’ll have to deal with her heat cycle. 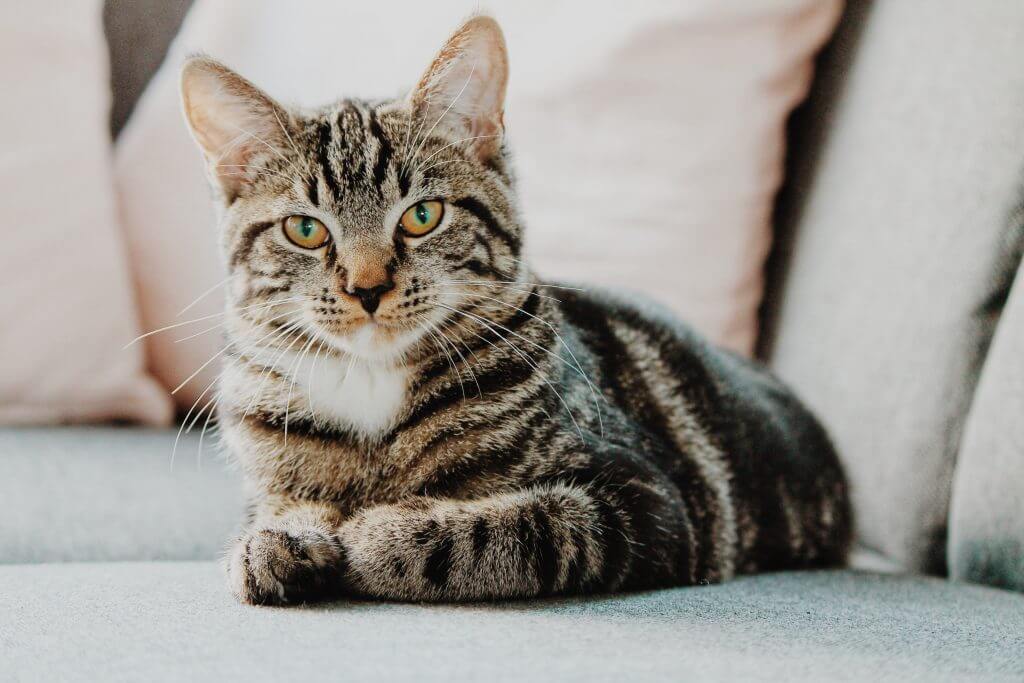 What does ‘in heat’ mean for cats?

When a female cat is in heat (sometimes also called being ‘in season’ or the ‘estrus season’), it means they are fertile and can get pregnant. A cat’s first heat cycle (or heat season) usually begins when they’re between 4 and 12 months old. Cats who have been neutered (spayed) don’t go into heat – an unspayed cat will continue to go into heat each year.

Cat heat cycle usually start during the beginning of spring (around February) and ends in autumn (October) – unless they get pregnant, or suffer a phantom pregnancy during this time. Unspayed female cats will usually continue to come into season as they get older – though less frequently – and remain fertile.

How to tell if your cat is in heat

Some common cat in heat symptoms can include:

How long are cats in heat?

How long a cat is in heat can vary, but generally lasts on average around six to seven days. If the cat is bred or mated during the season, the heat cycle doesn’t usually last longer than a few days. However, if the cat goes unmated, the heat cycle can last for up to approximately 10 days and reoccurs in intervals of around two to three weeks. Unbred female cats can come into heat (cycle) every few weeks for an indefinite period during the season.

Cats go into heat seasonally, which is known as being ‘seasonally polyestrous’. They have several cycles within each breeding season, which are dictated by environmental factors including daylight and temperature. In the UK, cats generally come into season around the beginning of spring, and continue until late autumn – cats that live in warmer climates (or sometimes indoor cats) may be prone to come into heat all year round.

Caring for a cat in heat

Naturally, first-time cat owners will have lots of questions about how to care for a cat in heat. What to do, things to buy, and how to help are all common questions. Your cat will feel uncomfortable, out of sorts and generally under the weather – and will be especially confused if it’s her first season.

Our top tips for caring for a cat in heat include:

Try to keep your cat as distracted as possible, using games and new toys – a treat-filled toy is a great distraction

Make sure her litter box is clean

Have blankets, heat packs, or a warmed towel nearby for comfort

Keep your cat indoors, and away from other (male) cats

Give her lots of attention by playing games 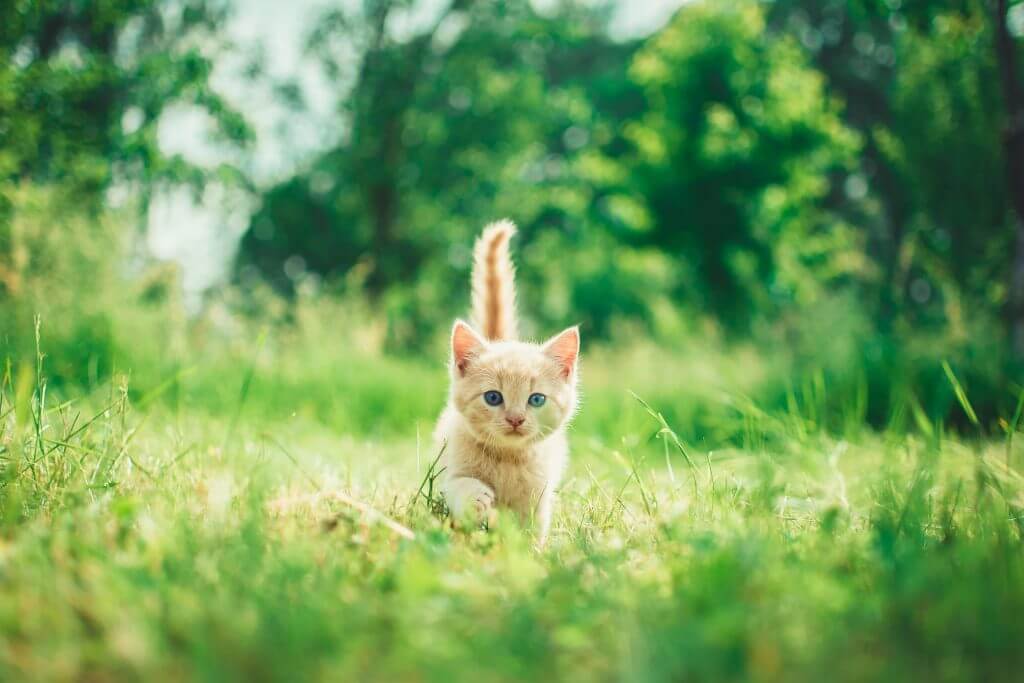 Preventing pregnancy for a cat in heat

Cats are at their most fertile during their heat cycle, so your feline friend will likely be on the lookout for a mate during this time. Equally, male cats will come looking for her, attracted by her scent, so it’s important to make sure any cat flaps are kept closed, and doors aren’t left ajar where possible.

Unless you’re sure you want your cat bred to have kittens, it’s a good idea to think about getting her neutered as soon as possible.

What age to spay a cat

It’s usually recommended that cats are spayed or neutered around 4-6 months old – just after they’ve had their main vaccinations. However, it’s perfectly fine to spay older cats, and some vets may recommend waiting a few months longer before completing the procedure. Of course, if you’re sure you don’t want your cat to have kittens, it’s important to have her spayed as soon as possible to avoid unwanted pregnancies. Neutering also prevents womb infections and reduces the risk of mammary tumours – ask your vet for advice if you’re not sure whether to have your cat spayed.

If you’re worried about your cat in heat, or are looking for advice, contact your local Animal Trust team for more advice.